Hooray Kitty!!! After 7 weeks of Wellness Restoration, Kitt is ready to hit the trails. Having built up enough muscle to support his joints, Kitt is staying comfortable and balanced walking circles in the ring, up and down hills, and on the road. With an end goal to get Kitt into a therapy riding program, we want to keep him ‘bitless’, as he will go that way once he gets into the program. All in all, we are so excited to have Kitt feeling fresh and fabulous! 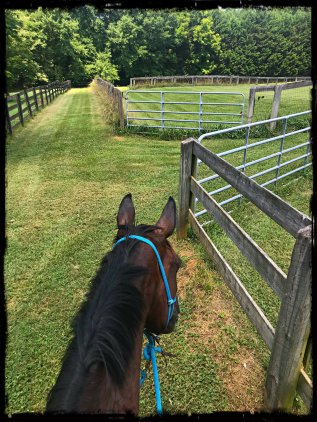 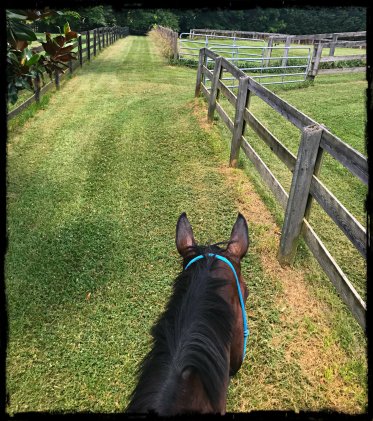 In getting a feel for our first few rides, I have found 3 things that have been helpful keeping Kitt comfortable as he transitions back into a working horse.

Kitt’s suspensory ligaments limit his athleticism as they’ve been exausted and have lost much of their elasticity. I was so excited to come across Iconoclast Support Boots. With double strap lifting technology, Kitt’s fetlocks are lifted with every step, helping bridge the gap where his suspensory ligaments fall short. Here is a tid-bit from the Iconoclast web page-

Performance horses need extra support because they are exposed to difficult maneuvers such as hard stops, backing, deep turns, jumps and long, full strides. As a result of performing these maneuvers the hock reaches a fully flexed position and a “vertical load” force is applied to the hock joints and the soft tissue of the lower limbs. Since the suspensory ligament attaches at the top of the cannon bone, just below the lower hock joints, it can become stressed or injured due to these forces from above. The extra height of this new boot will help to save the upper suspensory ligament from injury during these strenuous performance maneuvers. The Iconoclast Extra Tall Orthopedic Sport Boots feature four upper straps in addition to our patented Double Sling Straps which wrap around the base of the fetlock, lifting and cradling it with unparalleled 360-degree lateral support. Iconoclast Boots provide properly balanced support to the vertically moving tissue of the equine leg. No other boot or wrap in the industry can give this much, real, balanced, proper support.

I could count on my fingers the number of times I’ve ridden in a western saddle. However, with a growing understanding for saddle fit, weight distribution, and purposing horses, I will never put an english saddle on Kitt.

In a well fitted Circle Y, Kitt’s new, tender muscles don’t have to carry a significant load. This will be particularly important when he begins to carry riders for therapy purposes. Even at 90 lbs, if a rider is not in good balance, their weight sits down on the horse’s back instead of being dispersed over the horse’s sides. In his western saddle, any weight that sits down on Kitt will be dispersed of over a larger surface area. Who’da thunk! I guess every western rider who has ever lived- hats off to you guys!

With regular BEMER sessions, Kitt’s soundness is about the best it can be! As the BEMER increases micro-circulation, any muscle tension developed from riding stress is exposed and broken up. Most notably, Kitt’s OCD lesion in his front left has caused some irritating arthritis in his fetlock. With regular Beeming to keep inflammation down and blood flowing, Kitt is 75% more comfortable and serviceably sound. He has no inhibitions under-saddle! 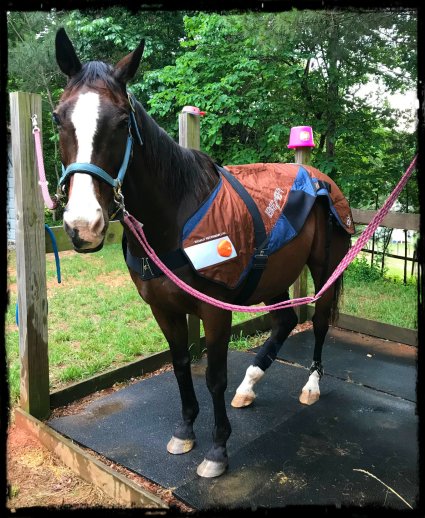